A tool for intermodal public transport and urban development

Not only in developing countries, the way in which transport and urban development are handled will decide the future of the cities. If no fast and effective action is taken the cities run a high risk of losing their cultural, economic and socio-economic functions. With their extremely high growth- and motorization rates, and without a coherent strategy of how to control and canalize them, they will overflow and become uncontrollable, dirty and dangerous mega-metropolitan areas.

The growth of motorized traffic has already reached a level that interferes with the function of many cities rather than enhancing it. Nevertheless, according to growth estimates, we are only experiencing the beginning of a long-term trend. The solution of this transport problem is beyond the pure question of infrastructure planning and technology, both in the industrialized and developing world.

The paradigms of urban development must change fundamentally. Nevertheless, the activity of many development agencies and donors are still guided by the standards of European or American transport systems thus leading the cities even deeper into the vicious cycle of dependence on motorised traffic. 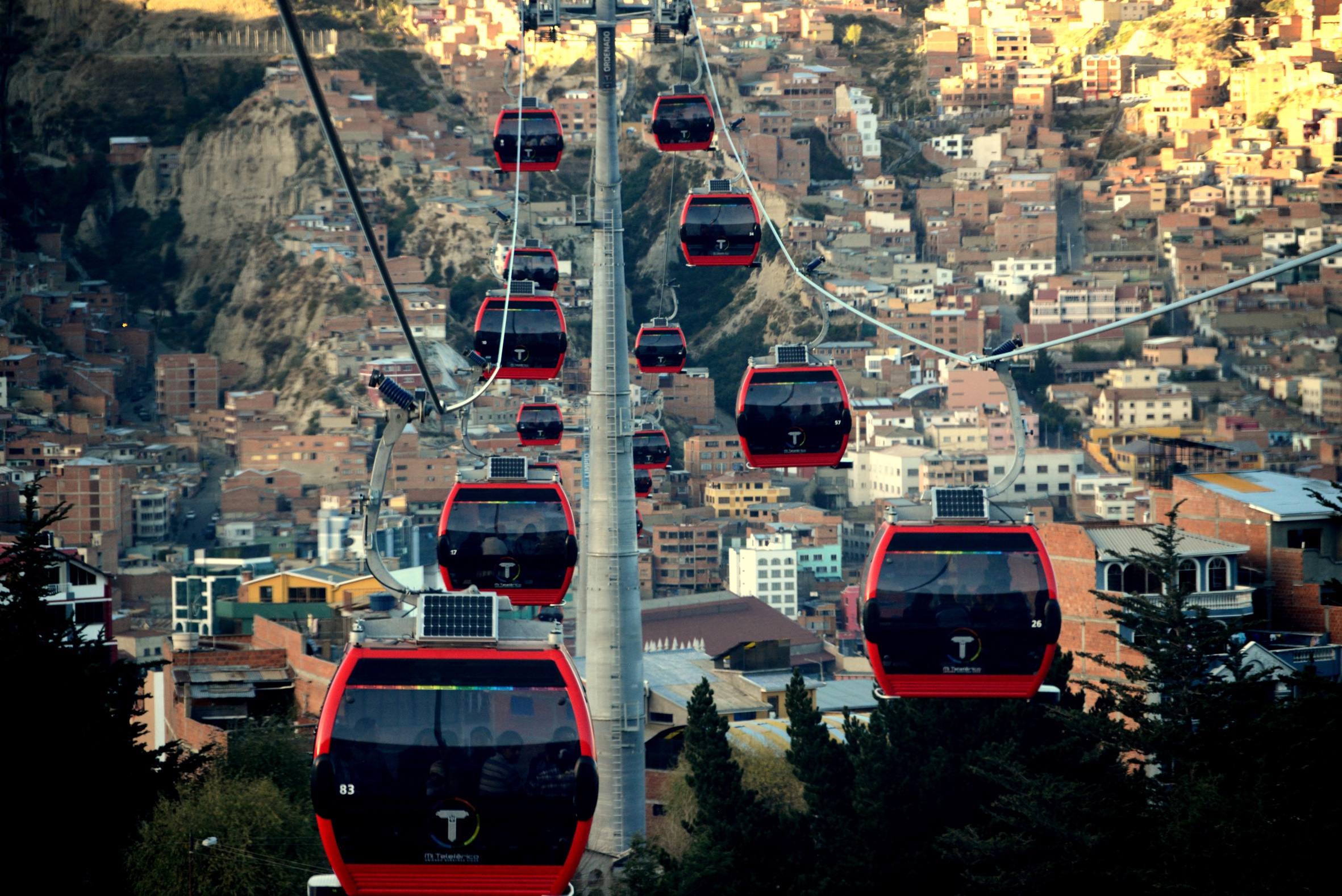 Put very simply, one could say that more traffic generates more demand for infrastructure, and more infrastructure induces more traffic demand. Cities literally overflow, and the more they do so, the more traffic is generated and the longer the trips they produce. The only solution are efficient and intelligent public transport systems whose implementation needs to be cheaper, faster, more flexible and more effective than the development of infrastructure for motorized traffic.

In developing countries, especially in Africa, the problems are already severe. In many cities, a complete traffic gridlock is already reached, and it is functionally and financially paralyzing their struggling economies. Unlike in Asia, India and Latin America, Africa’s growth will not decrease, but continue to increase with only slightly reduced rates far beyond 2030.

In summary, cities have to limit their spatial growth to a minimum and create more density. On this basis, efficient mass transport with its huge capacities may be capable of responding to the accelerated growth. In addition, cities need better and safer conditions for walking, cycling and the transport sector needs to be more formalised.

Urban ropeway systems have already begun to make an important contribution to this absolutely necessary management of urban growth. In many Latin American cities they have started forming a part of the urban transport systems. Africa is only a step behind. In Algeria, for instance, ropeways have had a long history and have developed to be highly efficient feeder systems to mass transit modes. In sub-Saharan Africa, several cities are planning or even building ropeway systems.

Ropeways have shown huge potential, however, they are still largely unknown and unconsidered by most urban planners and transport-strategists. Eurist has become aware of this potential and has discussed it in various papers, conference contributions, publications and articles, in order to raise awareness for this transport mode and start a scientific backstopping activity which is urgently needed in order to enhance this potential. A selection of articles can be the found in our Publications section.

As of the second quarter of 2018, a feasibility study for an african capital has been concluded. This has been the first privatly funded feasability study in the public transport sector in sub-saharan Africa. The implementation process is on its way. More detailed information below.

In the Zimbabwean capital Harare, EURIST had already started in 2014 to initiate considerations for the implementation of a ropeway solution through stakeholder workshops. In April 2018, Eurist, together with CCS, was commissioned to carry out a feasibility study, which was completed in August 2018. Until now, public transport has been supported by informally operating so-called „Kombis“ (14-seaters), which connect the various residential areas on fixed lines. The system is completely radial (Picture 1).

But in the center not all „Kombis“ meet in one place. They rather have four terminal stops which are distributed troughout the center. (Picture 2).

The consistently positive result of the study has since been the subject of consultations within the Zimbabwean government and appears to have the best chances of actually being implemented.

For information about the project partners:

Together with Doppelmayr, EURIST is currently working on a technical and economic Case Study for building a Pilot corridor in Dar es Salaam, Tanzania.

The first part of the corridor, which would also be the first phase of the potential project, will connect downtown Dar es Salaam to the Kigamboni peninsula and thereby also bridges the estuary where the Dar es Salaam harbor is situated.

At present, the only available public transport to reach the estuary is the Kigamboni Ferry. Preliminary results show that passengers are forced to calculate long times for this commute, meaning that an Urban Ropeway solution here would offer several advantages, especially for pedestrians.

Knowing the number of passengers is extremely important for determining the potential demand of the Urban Ropeway. Unfortunately, the openly available data is not sufficient for adequate calculation which resulted in us organising our own count. For this, EURIST is working together with a local consultant who is carrying out a survey on site.

After intensive organisational preparation we were able to hold one of the most promising stakeholder workshops we have ever organised. 27 well prepared participants from politics, administration and even private stakeholders attended.

After a highly successful initial trip to the country, at which point the City of Kigali already showed concrete plans for an Urban Ropeway Project, the first steps are now being developed for a Pre-feasibility Study.

The previously conducted technical and economic Case Study for the Pilotproject in Accra will serve as a guide for this study. The city council of Kigali specified the corridor to be used for the study. The city council also agreed to provided EURIST with the necessary materials to allow this pre-feasibilty study to be swiftly completed.

After carrying out a technical and economic feasibility study in Accra and together with local Stakeholders proposing a corridor, there was interest to conduct a similar study for Lusaka.

For adequate on ground data collection, EURIST is working together with local experts who are conducting surveys on site.

After the initial discussions of the potential of an Urban Ropeway in Accra (more information under Project Initiation 2015 Accra Workshop), EURIST was requested by the corresponding Administration and Institutions to develop a pre-feasibility study for an Urban Ropeway in Ghana.

In December 2015, a EURIST Team Member travelled to Accra to discuss the Case Study with local partners. Preparations were made to begin and present the Case Study in 2016.

Since March the new work structure has been in place and working. The local- partners have continued to hold talks with investors and government members, however, the project has not noticeably progressed.

A meeting with the Ghana ambassador will possibly be scheduled for September or October in Germany, in order to introduce her to the project.